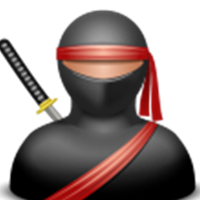 C:\TeamCity\buildAgent\work\7f00d1c4099cfbe0\src\TestSite.Umbraco\TestSite.Umbraco.csproj(3364, 3): error MSB4019: The imported project "C:\Program Files (x86)\MSBuild\Microsoft\VisualStudio\v11.0\WebApplications\Microsoft.WebApplication.targets" was not found. Confirm that the path in the <Import> declaration is correct, and that the file exists on disk.

I was setting up a new TeamCity build server the other day and was writing my first Build Configuration for that build server. On my first attempt to deploy code using MSBuild and Web Deploy, I got the error above.

First, I tried installing the Microsoft Build Tools 2013 in hopes that the correct target would be installed. This did not help us. After installation, the only directory inside of th C:\Program Files (x86)\MSBuild directory was 12.0. We were still missing the \Microsoft\VisualStudio directories.

Next, I tried installing the Microsoft Visual Studio 2012 Shell (Isolated) Redistributable Package. This resulted in the most confusing problem yet. The error I experienced above went away, but I could not deploy my site via web deploy, and there was no error. I observed that a web deploy was never attempted. There were absolutely no logs that shed any light on what I was experiencing. I did a lot of digging and found out that the visual studio isolated shell does not install the Microsoft.Web.Publishing.targets file. This resulted in MSBuild not knowing that Web Deploy existed. When I would pass /p:DeployOnBuild=True, MSBuild would dismiss it as an invalid argument. This StackOverflow post is where I found the solution. It presents several options: